Chemotherapy triggers the release of 5-hydroxytryptamine 5-HT also known as serotonin from cells in the small intestine, which acts on two sites: stimulating 5-HT 3 receptors on neurons in the gastrointestinal tract and stimulating 5-HT 3 receptors in the brain that control vomiting. Chemotherapy also causes the release of a molecule known as substance P, which acts on the neurokinin-1 NK 1 receptors in the brain to reinforce the desire to vomit.

These systems, along with other central and peripheral neurotransmitters such as dopamine and prostaglandins, work in concert to escalate the sensation of nausea and induce vomiting, constituting the body's natural reflex to try to protect itself from foreign toxins. Nausea and vomiting that occurs within the first day of the administration of chemotherapy agents is considered acute CINV, while nausea and vomiting on days following the administration of chemotherapy agents is considered delayed CINV.

National Cancer Institute. Cancer Statistics. Accessed October 4, Transparency Market Research. Palonosetron, the newest 5-HT3 antagonist, was introduced in It has a higher binding activity, estimated to be fold stronger than other 5-HT3 antagonists, and a longer half-life of approximately 40 hours. They are not associated with sedation or extrapyramidal symptoms EPS. Corticosteroids Methylprednisone MP and dexamethasone are recommended for prevention of acute CINV for low and moderately emetogenic chemotherapy.

Multiple studies with 5-HT3 antagonists have demonstrated improved control with the addition of corticosteroids. Study of the addition of aprepitant to standard ondansetron and dexamethasone in highly emetogenic cisplatin therapy showed superior control to the standard therapy, with complete protection of Corticosteroids may cause hyperglycemia in patients with diabetes and may cause changes in mental status.

Substance P Inhibitors Aprepitant is an oral regimen for the prevention of acute and delayed nausea and vomiting that works by binding to the protachykinin-1 receptor. Protachykinin-1, a mediator of pain, inflammation, nausea, and vomiting, cannot bind to aprepitant-occupied receptors. Aprepitant is an oral regimen that is recommended for a three-day course, and has been shown to control cisplatin CINV in the acute and delayed phase in two randomized, placebo-controlled phase III studies. Data exist that support the notion that aprepitant is effective in controlling nausea and vomiting from moderately emetogenic chemotherapy.

Recently, fosaprepitant, an intravenous neurokinin-1 receptor antagonist, has been submitted to the FDA as a parenteral alternative to aprepitant. There exists potential for rug—drug interactions as aprepitant may effect the metabolism of medications cleared by the CYP3A4 and CYP2c9 enzymatic pathways.

The areas under the curve of oral dexamethasone and intravenous methylprednisolone have been shown to be increased with use of aprepitant, and steroid doses should be reduced. Substituted Benzamides Metoclopramide was developed for the treatment of diabetic gastroperesis and it acts as a prokinetic agent.

High-dose regimens have been shown to reduce and prevent cisplatin-related emesis. Although metoclopramide has been shown to be as effective as 5HT3 antagonists in combination with steroids for prevention of delayed CINV, it is recommended to be used only in special circumstances of steroid or 5-HT3 antagonist intolerance.

Cannabinoids should be used with caution because of side effects of sedation, dysphoria, depression, hallucinations, and euphoria. Several small trials and reviews have attempted to discern the effectiveness of cannabinoids; however, their effectiveness in controlling CINV remains questionable. The anti-emetic potential of lorazepam and alprazolam is low; however, they are recommended by MASCC guidelines as they may decrease anticipatory nausea and vomiting. High levels of H1 and muscarinic receptors in neuronal pathways associated with CINV suggest that antihistamines may be effective; however, their role is poorly defined in treating CINV.

Phenothiazines Prochlorperazine and thiopropanate were the first drugs found to be superior to placebo in reducing CINV.

Concurrent use of phenothiazine, substituted benzamide, and butyrophenone is advised against because of increased risk for movement disorders, including akathisia and EPS. Butyrophenones Haloperidol, droperidol, and domperidone have anti-emetic activity by blocking dopamine receptors. The butyrophenones are considered relatively ineffective in treating CINV. Atypical Antipsychotics Olanzapine, an atypical antipsychotic, has activity at many receptor sites related to CINV including dopamine, serotonin, histaminergic, adrenergic, and muscarinic receptors. As dose, route, frequency, and combinations of antineoplastics may affect the degree of symptoms, anti-emetic regimens should be tailored to each chemotherapeutic regimen.

Most chemotherapeutic agents produce less nausea and vomiting when given by continuous infusion. Combination anti-emetic regimens may provide greater protection against nausea then single agents. In general, two agents of the same class should not be used in combination as this can increase side effects and not increase efficacy. Oral anti-emetics are safe, convenient, and cost-efficient compared with other regimens; however, some patients may not be able to swallow or absorb medications through the gastrointestinal tract.

However, patient risk factors that have been identified are currently not incorporated into decision-making guidelines. Patients who are under 50 years of age and have a history of anxiety or of motion sickness are at increased risk for CINV. In a meta-analysis, which did not include palonosetron, 5HT3 antagonists were not cost-effective in preventing delayed CINV from highly emetogenic chemotherapy. According to ASCO and MASCC guidelines, for patients with significant probability of suffering delayed emesis with moderately emetogenic chemotherapy, oral dexamethasone, a 5HT3 antagonist, or both should be used.

Anti-emetic agents should be reviewed for appropriate dose and schedule. Attention should be focused on whether the appropriate anti-emetic regimen was used for the antineoplastic emetogenic potential. ASCO recommendations do not recommend substituting a different serotonin agonist if another has failed.

However, there are randomized double-blind studies supporting change from one 5HT3 antagonist to another. Innovations in Treatment Delivery Barriers to prevention of CINV, including the impracticality of oral medication for a patient who is already nauseated, difficulty swallowing, and polypharmacy have led to the development of depot transdermal delivery of the 5-HT3 antagonist granisetron. NCCN guidelines advocate the utilization of this transdermal patch 24—48 hours before initiation of moderate- to high-emetic-risk chemotherapy. 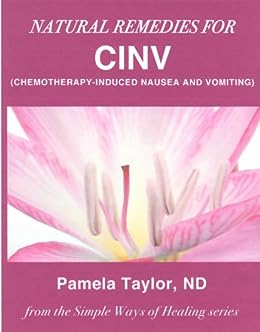